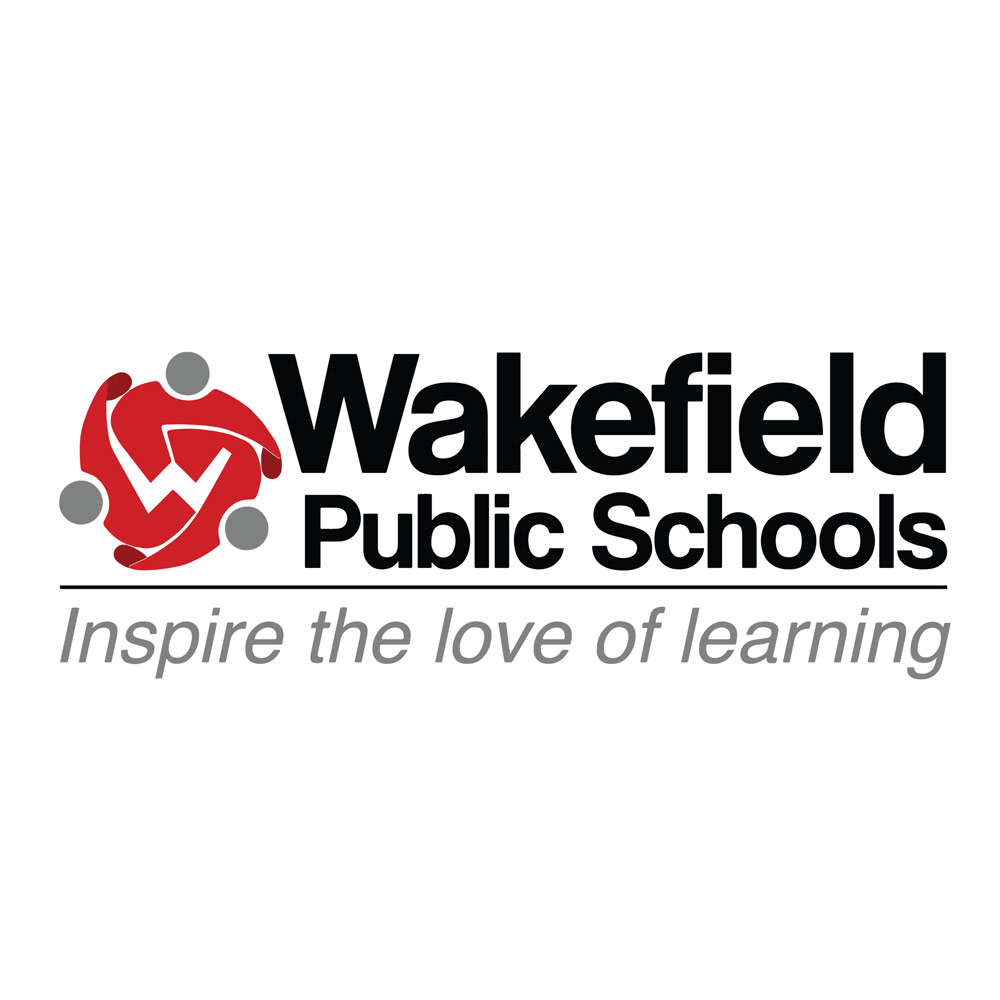 Wakefield Memorial High School (“WMHS”) was originally built as a Junior High School in 1960. In 1972, the Junior High was converted into the current WMHS through the construction of major additions to the north and south of the school. Since then, except for some relatively small improvements and modifications made toward meeting the accreditation requirements, the High School has remained virtually untouched.

In 2016 a comprehensive facilities assessment was completed and presented to the Wakefield Permanent Building Committee. The study highlighted numerous physical building challenges, the most significant being related to the buildings envelope and lack of thermal insulation in the exterior walls, poor ventilation and air quality of the mechanical systems, outdated electrical and fire alarm systems, insufficient plumbing and large sections of the building that are not ADA/MAAB compliant.

The facilities assessment also highlighted programmatic constraints that hamper the High School’s ability to provide a learning environment consistent with the District’s Educational Program. There are educational program deficiencies and challenges within the building related to overcrowding, spatial provisions, configurations and adjacencies which limit the rational and functional relationship of programs within the building. Likewise, the absence of some key types of educational and support spaces exacerbates the educational challenges faced.

The District is also faced with an ongoing situation regarding accreditation of the High School. The New England Association of Schools and Colleges (NEASC”) concurred with the facilities assessment regarding overcrowding and inadequate spaces within of facilities necessary to meet today’s curriculum. The District was put in notice in October 2011 that these conditions must be improved. As of March 2019, the High School has been notified by NEASC that the accreditation status has been changed from “warning” to “probation”.

2a.) What Site and Building Alternatives were considered for the new High School?

2b.) Once the Preferred Option is selected for the High School, can the project elect to go select a different option?

The MSBA does NOT allow the project to go back and select another option once the Preferred Option has been selected and approved by both the Perminent Building Committee and the MSBA Board of Director.

3.) Where will the new school be located?

(Please check back periodically for updated designs as early, prelimenary plans are subject to change as the design process continues)

Renderings and a massing model of the design of the new school is posted to the Project’s website.

(Please check back periodically for updated designs as early, prelimenary plans are subject to change as the design process continues)

5.) What does the new school include?

The new school will include all academic and academic support spaces required to meet and fulfill the educational plan developed by the District.  Floor Plans and a Space Summary of the spaces within the school are posted on the Project’s website. The project also includes full site development and a new Beasley Field and track.

6.) If approved, when will the new high school be completed?

The new school is planned to open in January 2027 in time for the new school year and December 2027 completion is planned for the new fields and remainder of the site. The Project may have a phased opening (similar to Galvin) with the academic wing opening earlier then athletic and auditourium wing. This will NOT be determined until the project is in construction. The January 2027 date is a conservative date given uncertainity in Lead Times in the current construction market and The Project Team will look for ways to accelerate the project schedule.

7.) What is the capacity of the new school?

The design enrollment for the new school is 1,000 students.

8.) Will the new school accommodate growth in student population?

Flexibility has been built into the design to accommodate student growth and bubbles in student enrollment from year to year.  MSBA requires planning for a minimum of 15% growth.

9.) How did the proposed school design come to be?

10.) Why does the plan go above and beyond MSBA recommendations?

The plan exceeds the MSBA guidelines to ensure that the number of classrooms required to maintain the current student-teacher ratio and to meet Wakefield’s educational plan are provided.  In addition, all the athletic programs are provided with, at minimum, the same space sizes as currently exist.  Additionally, the music program, gymnastics, Color Guard, Governor Volpe Archive, District Offices and WCAT all require space above or outside the MSBA guidelines.

11.) Will the new school be a green/sustainable building?

The new school will exceed the MA Energy Code by 20% and will gain and additional 2% reimbursement.  The current goal will be to strive for LEED Silver Certification.

Sustainability Features of the New WMHS

12.) What is the maintenance plan for the proposed school?

As part of the Preferred Schematic Report, the District planned in their Budget Analysis for the cost of maintenance and staffing of the new school and will build these costs into the District’s budget. This will allow the Facility’s Maintenance Plan to be maintained as required for the size and scope of the new school.

Currently, the project total project costs are $273 million. The MSBA’s maximum grant to the town will be approx. $65 Million which leads to a maximum town share of approx. $208 Million. There are ways that the town share can be reduced further. For example, The Project Team publicly stated at the December 15th Public Forum that the project would under take VE (Value Engineering: a method of removing/reducing scope to reduce the overall project budget) in the next Design Phase: Design Development

MSBA is an independent public authority that administers and funds a program for grants to eligible cities, towns, and regional school districts for school construction and renovation projects. The MSBA’s grant program for school building construction and renovation projects is a non-entitlement competitive program.  All projects eligible for funding must comply with MSBA’s process and standards. MSBA Mission: Partner with Massachusetts communities to support the design and construction of educationally appropriate, flexible, sustainable, and cost-effective public-school facilities.

It is anticipated that funding will be by Debt Exclusion which would require a referendum election, after the Town Meeting vote, where the registered voters would be asked to exempt the amount of the Town’s borrowing from the limits of Proposition 2 and ½.

Description of the Local Process for Authorization and Funding

Proposition 2 ½ refers to a Massachusetts General Law enacted in 1980 that places strict limits on the amount of property tax revenue a community can raise through real and personal property taxes.  A debt exclusion is for the purpose of raising funds for debt service costs and is referred to as a debt exclusion. Debt exclusions require voter approval. The additional amount for the payment of debt service is added to the tax levy limit or levy ceiling for the life of the debt only.

Calculate the Tax Impact for Your Property

18.) What will be my increase in property tax?

Calculate the Tax Impact for Your Property

Enter assessed value of property below:

Enter assessed value of property below:

*Note: Please refer to explanation in Question 18 above for full context

19.) What about Seniors and folks on fixed incomes?

The Town has a program for Seniors that provides opportunities for tax discounts.

20.) What other debt exclusions is the town currently carrying and when do they expire?

The Preferred Schematic Report provides a list of the Town’s current Debt Service and indicates the expiration dates.

21.) What is Schematic Design?

Schematic Design is the process of developing the preferred concept for the building and site and to identify and establish the full scope of work and schedule for the project to the degree that costs for construction and total project costs can be confidently established for the duration of the project.

22.) What is required by the town to fund the project?

A vote of the Town to authorize a debt exclusion to fund the cost of the school is required.  A Town vote is targeted for January 2023.

23.) When will construction begin?

It is anticipated that construction will begin in early 2024 with some enabling work starting in the Fall of 2023.

24.) Who are the parties involved in the High School Project?

The PBC has the sole authority to procure engineering and architectural services, award bids for construction, enter into contracts on behalf of the Town with respect to matters within its authority, and administer such contracts in accordance with applicable law.

The MSBA’s grant program for school building construction and renovation projects is a non-entitlement competitive program. The MSBA’s Board of Directors approves grants based on need and urgency as expressed by the City, Town, Regional School District or independent agricultural and technical school and validated by the MSBA.

LeftField – Owners Project Manager (“OPM”)
LeftField is an Owner’s Representative and Project Management firm, established in 2007. We specialize in owners project management services and have significant experience in the public sector, working with municipalities and building authorities. Leftfield’s staff has managed over $1.5 billion in MSBA-funded projects since MSBA’s inception in 2004. As Owners Project Managers, we work in conjunction with the Owner serving as an extension of their staff. Our primary role is to protect the Owner’s interests, to ensure that the Owner is well-served and that the established goals and objectives are met in the most efficient manner, physically and fiscally.

Designer – TBD
The Design Firm will be selected through the MSBA Designer Selection Panel. The appointment is expected to be made by early September 2021.

25.) What is the Wakefield Memorial High School Project?

In April, 2019, the Town of Wakefield submitted a Statement of Interest to the MSBA for Wakefield Memorial High School. The Statement of Interest was the first step in partnering with the MSBA for a potential new Wakefield Memorial High School. In December 2019 the MSBA invited the Town to enter into the Eligibility Period which required the Town to provide certain documentation necessary meet the MSBA requirements to proceed into the MSBA Core Program and conduct a Feasibility Study.  Having fulfilled the requirements, in December 2020 the MSBA Board formally issued an invitation to the Town to conduct a feasibility study.

During the Feasibility Study, the Town and its team will collaborate with the MSBA to document existing conditions, generate an initial space summary based on the School Department’s educational program, establish design parameters, develop and evaluate preliminary and final design alternatives, and recommend the most cost effective and educationally appropriate solution for a new High School.

The Feasibility Study is a requirement under of the MSBA’s multi-step approval process in order to qualify for state funded reimbursement for a potential future building project.

The MSBA has developed eight distinct modules that are intended to provide a guide to the procedures and approvals needed for the MSBA and the District to work together in a collaborative manner.

The “Program Overview” and listing of eight modules can be viewed here:
https://www.massschoolbuildings.org/building/modules_overview

27.) Who can I contact if I have any questions?

Email the project team at info@wakefieldmhsproject.com

Where can I find the Tax Calculator?